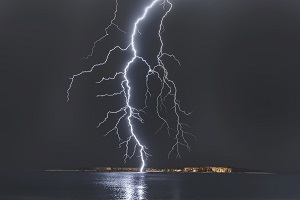 Business History for the Week of June 11

Mechanical energy fuels inventions. Mental energy fuels the ideas behind the inventions. And all come together to move society forward in seamless synchronicity. These are some events of significance in business history this week.

June 11, 1895 Fill it up! Charles E. Duryea receives the first U.S. patent granted to an American inventor for a gasoline-driven automobile.

June 12, 1987 “Mr. Gorbachev, tear down this wall.” President Ronald Reagan boldly urges unification for West & East Germany to Mikhail Gorbachev, General Secretary of the Central Committee of the Communist Party of the Soviet Union. When the Berlin Wall did finally fall Nov, 9, 1989 business and commerce poured forth.

June 13, 1777 With a little help from our friends. The Marquis de Lafayette arrives in the American colonies to help in the rebellion against Britain. Assistance that helped turn the tide and gave birth to a nation of inventors and who helped drive the progress of industry.

June 14, 1822 That didn’t compute. Charles Babbage unveils his design for a machine called the Difference Engine, which is the first example of a mechanical computing machine. Although Babbage never actually completed it, his design spurred future versions of working mechanical computers.

June 15, 1752 Go fly a kite! Benjamin Franklin took that fateful walk outside with his son to test the relationship between electricity and lightning. That metal objects could be used to draw lightning in order to protect homes from being hit. And as one writer put it that “electric fire”—or electricity—could then be discharged at a later time. Ben did not invent electricity. But he led the way into thinking of it as something to harness and redirect to other uses.

It was a good week for business history back then, Buzz Bear Media hopes you make it a good one for your business and customers this week as well!

« Trend or Fad, There is Value in the Difference
Dad, Words Aren’t Enough on Father’s Day »