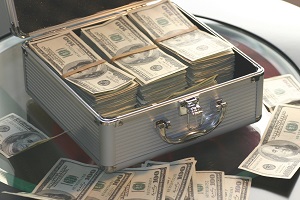 Five Gemstones to Buy IF Money Were No Object

Let’s take a flight of fancy. Put aside the corporate business world, social media and the rest of our day-to-day distractions. If money was no object, what single piece of gemstone jewelry would you purchase? And when we say “no object” we aren’t speaking of salaries of regular CEOs or CFOs, movie stars, sports stars or politicians. Go right to the top of the Forbes list of the Top 20 billionaires: Jeff Bezos, Bill Gates and Warren Buffett. That level of “no object.”

Granted, gemstone prices can fluctuate. An item can go to auction for $1 million and have its “value” doubled if the winning bid is $2 million. But, what is at the high end of high-end jewelry? (Please note difference as some gemstones carry a listed estimated value versus an actual selling price.)

The record for the most expensive diamond (of any color) to be sold was set at Sotheby’s in Hong Kong last year. The CTF Pink, a 59.60-carat pink diamond was sold for $71.2 million.

The current record for the world’s most expensive D-Flawless diamond is held by the De Grisogono necklace. It is a 164.4a-carat emerald cut stone that sold for $33.7 million in Geneva.

The Star of Adam blue sapphire weighs 1404-carats. According to Oilprice.com estimates of the stone’s value range from the $100-$175 million range to as much as $300 million. It receives its name from the bright six-pointed star that appears whenever light is reflected on the stone’s surface.

And if none of those tickle your fancy, Sotheby’s has one more item to present. Sotheby’s reports it has a 102.34-carat D-flawless, Type IIA round brilliant diamond. No price is being given because it is described as “the rarest and most valuable white diamond ever to come market.” It will be sold privately rather than auctioned off.

Like we said, if money were no object: we can but dream.

In the meantime, if you are looking for affordable luxury, Buzz Bear Media services several high-end clients with a diverse portfolio of gemstones to satisfy your jewelry needs. Explore our client list or contact us directly.