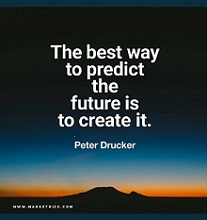 Business History for the Week of June 4-8

It was a good week for business history back then, Buzz Bear Media hopes you make it a good one for your business and customers this week as well!